AmSafe has been working with its supplier partners and anti-microbial treatment companies to develop an anti-bacterial seatbelt. We have made great progress over the last several months and can now offer the industry’s first anti-bacterial seatbelt. Passenger perception, safety and the ability of the airline to maintain a virus-free operating environment is a high priority for AmSafe. The ability of the airline to reduce turn-around times, labor and chemical cost associated with interior cleaning is also a high priority. The AmSafe Sanitized Restraint addresses these concerns. AmSafe utilizes a silver biocide treatment which has natural anti-bacterial/anti-microbial properties. The silver technology… more 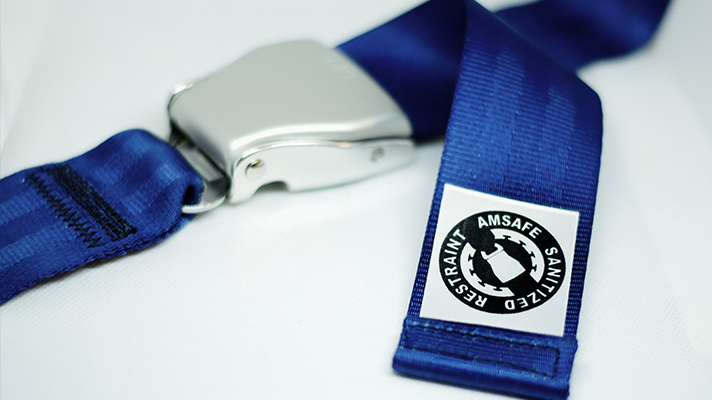 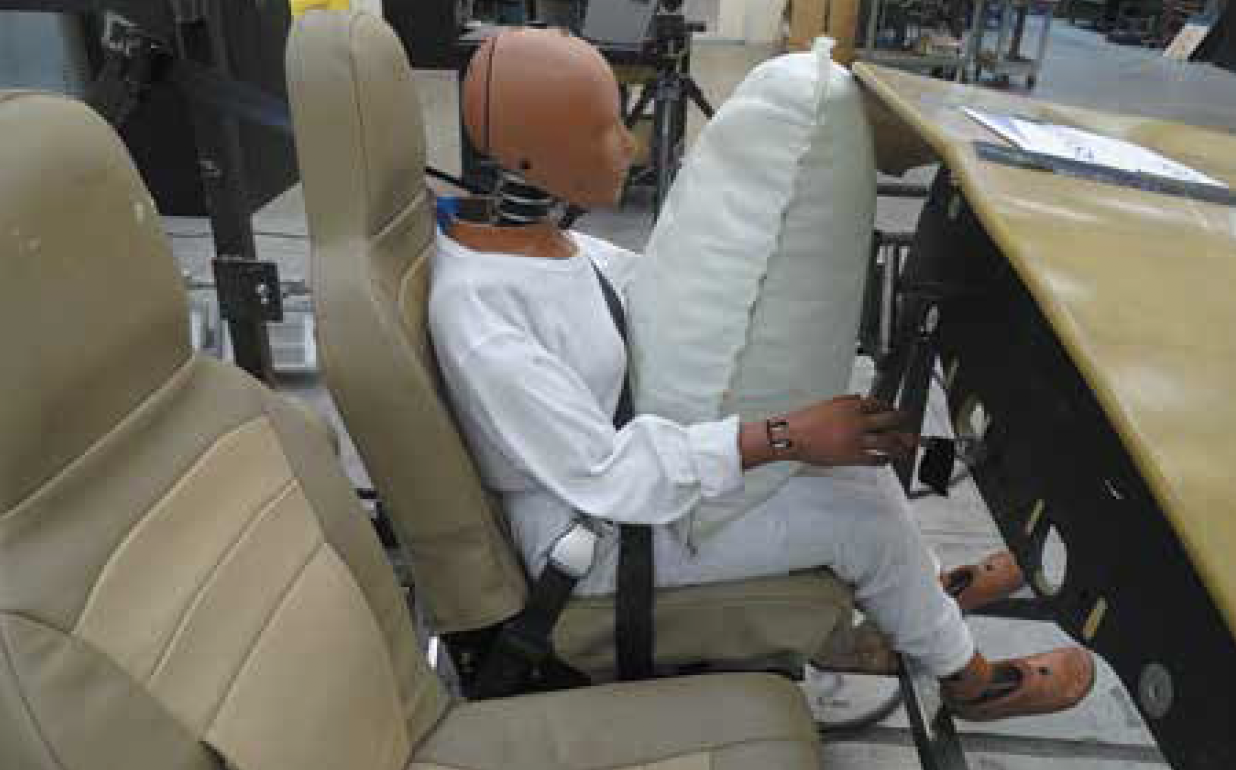 AmSafe, the world’s leading provider of safety restraint systems for the aerospace and defense industries, announced its appointment of HC Pacific as an aftermarket distribution partner for the State Of the Art Restraint System (SOARS).  AmSafe’s SOARS seatbelt airbag system is a universally adjustable lapbelt airbag restraint system designed to mitigate head and torso injury in aircraft crash conditions. The SOARS kit is an airbag restraint system that can replace existing 2 or 3-point restraint systems in over 500 models of General Aviation aircraft on an Approved Model List (AML) STC. SOARS is a very affordable yet significant improvement for… more 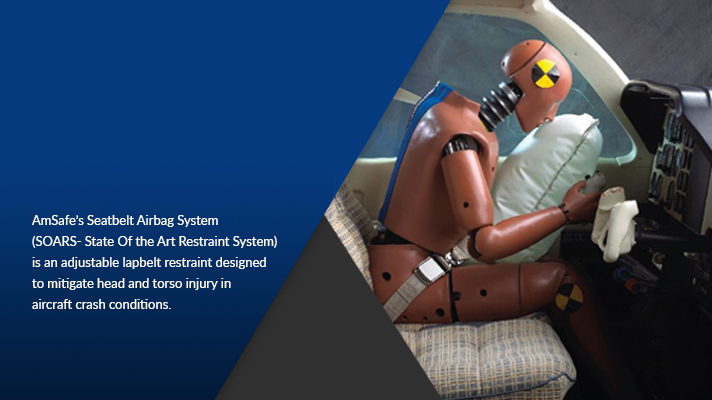 AmSafe, manufacturer of passenger and crew restraint systems for corporate and GA aircraft, arrives at NBAA on the heels of July’s FAA approval of its state-of-the-art restraint system (SOARS) STC covering retrofit installations on 541 models of GA aircraft. The universal seatbelt system is available in two- and three-point harnesses, with protection provided by a lap belt airbag that deploys within 50 milliseconds after detecting longitudinal deceleration of 9gs lasting consistently for 40 to 50 milliseconds. SOARS can be installed on Part 23 (excluding Part 23.562) aircraft and as a retrofit on experimental aircraft now using two- and three-point harnesses,… more

Tweets by AmSafe1
We use cookies on our websites. You are free to manage this via your browser setting at any time. To learn more about how we use the cookies, please see our cookies policy